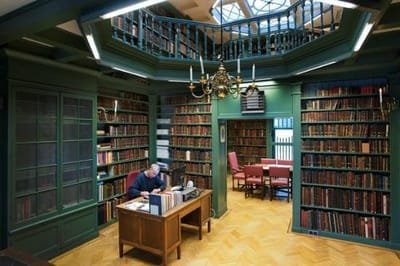 This website is designed to preserve the intellectual, cultural and historical heritage of the Spanish and Portuguese Jews, sometimes referred to as "Western Sephardim" or the "Portuguese Nation", who are part of a wider circle of Sephardic communities. This preservation project is also intended to assist in restoring Sephardi Judaism as a living culture, following many ruptures that have taken place affected it's ability to passmit's values and learning methods to new generations. The name "Western Sephardim" itself is a bit of a misnomer, as whilst this tradition features adapting to elements of western dress, decorum and manners, this very adaption itself is something Sephardim have done all around the world for centuries and is a continuation in the West of what Sephardim did in the East. The intellectual learning methods are the same between different Sephardim and many Sephardim from other parts of the world assisted in helping the Portuguese Jews in re-establishing their communities following the horrors of the inquisition.

To find out more about the Spanish and Portuguese Jews, please see the Wikipedia entry on this subject. There are also many useful and informative websites about these communities in the links section of this website.

There is a Pan-Sephardic bibliography for important works from the wider Sephardi community, including works of Jewish law, philosophy, literature and history and a small section of important works by Ashkenazim that communicate well to the Sephardi tradition. There is a MENA bibliography covering works related to Islam, Christianity, Mediterranean society and culture, the Middle East and relevant works of philosophy and knowledge. This is to help aid people in accessing works that are important to both Sephardi history and to understand the context in which they lived until the middle of the twenty-first century. This site is incomplete and is an on-going project. Updates appear regularly.

When making this website and selecting relevant titles, I had the following quote in mind from Abraham Levy and Lucien Gubbay's book The Sephardim:

... the traditional Sephardi attitudes of accommodation and tolerance may have something to offer modern Jewish society, deeply polarised towards its extreme. They point out that the terms 'Orthodox' and 'Reform' are both Ashkenazi concepts- as indeed was reform in response to the European Enlightenment, and the vigorous reaction against it.

In their better periods, Sephardim managed to achieve a rare synthesis between their own intense religious consciousness and the world around them. They led well-balanced lives, both as devout Jews and as members of society at large. This was demonstrated by the breadth of their learning and accomplishment- not only in Judaism but also in the full range of secular activity. Sephardi interpretation of Jewish law was marked by an openness and tolerance which resulted from many generations of living at ease with their neighbours.

I'd  like to thank some people whose contributions have made the formation of this bibliography possible. First, I'd like to thank Rabbi Jonathan Cohen for introducing me to websites and resources with a wealth of information about the Spanish and Portuguese Jews. Rabbi Cohen's websites and books appear in different sections of this website. Another thank you goes to Rabbi Jose Faur whose brilliant scholarship and teaching of the Sephardi tradition has helped keep our intellectual culture hanging by a thread. His books were also a great source of materials and acted at times as a guide. I'd also like to thank David Shasha from the Centre for Sephardic Heritage, Brooklyn, NY for his promotion of Sephardic books and his annual book recommendations list which has helped guide me in compiling this website. Professor Ammiel Alcalay's books have been a point of discovery of many Sephardi writer's and intellectual's and without them, many names and the works that belong to them would be even more obscure than they already are. Stephen Schwartz and his book on Bosnian Jewry was also extremely helpful in exposing titles related to Jews from that region. I'd also like to mention the late Professor Maria Rosa Menocal whose books are a gateway into the world of Iberian literature and culture.
I BUILT MY SITE FOR FREE USING